Today was a special day for two reasons. One being the amazing story of the rebirth from the earth of 33 trapped miners in Chile. A story that will live amongst legendary tales and should be covered in a completely separate session on it's own. An emotional day of absolute success on par with landing on the moon, which I did not get to experience. I'll add it to the list of topics to possible revisit here another time, as the personal stories begin to come out. The other, a simple story. Starbucks is yet again involved. I walk in and see J, one of a few Starbucks workers we've befriended. He said to me, " I saw Mariee yesterday. She told me about Theo calling her and telling her she is not alone. And that it was on a day that she was feeling particularly bad." I laughed. Now, I will confess that it was obviously done with the encouragement of mom and dad as we dialed her number. And coached him somewhat. But he said it as practiced cause he knew it would make her feel better. And he knew she was feeling pretty shitty. And that's more the point. No arguments like when asked to pose for a photo, or this or that or typical 6 and a half year old excuses. Did it happily. And it made it's impact. I knew it would. He knew it would. I could hear her reaction on the phone. I knew I would hear it from her later and I heard about it from J at Starbucks, who in turn, turned it around on us and said "it's an amazing thing you're doing with Mariee." I said, "it's all my wife." He said, "you're a part of that family." And that's why I like going to my Starbucks and the reason I decided to talk about our not so new kid, Mariee.
Posted by gal harpaz at 10:43 PM 4 comments: 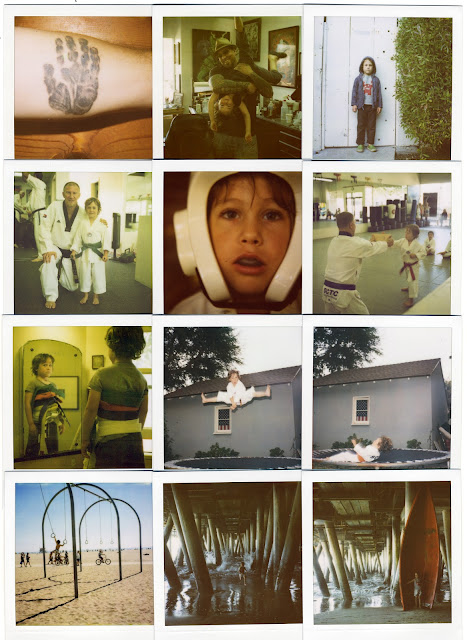 Posted by gal harpaz at 6:14 PM No comments: