I wish I had the inspiration to write on a daily basis. More so, that there was actually something to write about on a daily basis. But, the tolls of life are a collection of small change and it takes me a while to fill up the piggy bank. In the meantime, day-to-day life has its ups, downs and detours. Currently we're in the carpool lane driving in cruise control so it's difficult to remember who's following behind.
I suppose the two topics that need to be addressed are surgery and surrogacy.  I'll go about it alphabetically.
I made it through surgery. Not that I was expecting not to. But the fear of "syncope" was greater than the intricacies of the procedure itself. Alas, one month later I am sans limp and slowly working my way through physical therapy to rebuild the muscles around the affected area. Most importantly, I'm back to work. Two small horizontal incision points are transforming themselves into scars. Shaven hair is growing back. I'm at that awkward stage reminiscent of puberty or a competitive swimming (minus the broad shoulder and big chest). In prepping the area, my leg was shaved below the knee, leaving sort of what I would imagine a Franciscan monk look of a haircut on my leg. In an effort to balance out the upper left leg (as well as the whole right one), I took to the razor and did away with it all.
There is more to deal with in my knee recovery and other issues discovered through the scope that poked around. I won't get into it here yet as I need more time to live it before I can put it on paper. This is less of a day-to-day journal and I'm better at writing in hindsight with 20/20 vision and a clear head. So on to the next story line.
Orit is at 14 weeks into the pregnancy and feeling good. The nausea as a blanket feeling is history. There are still moments here and there, but they pass quickly. The belly has popped out a tad and to those that know, it's obvious why. Otherwise I imagine all others in this overly political correct world are quietly thinking she's had one too many burritos.
There have been two ultrasounds since last I wrote. Both done at UCLA  as we've graduated from fertility to the reality of the pregnancy. One scheduled scan at 12 weeks followed by another follow up on the 13th. The later one calmed the previous' slight scare. It's almost like the case of looking for a problem. If you look deep enough, long enough or enough times at anything, things that should not be, can and most likely become apparent. Explains the bliss of ignorance.
Whether you're certain in your faith that all will be good or are certain in your resolve that you'll take what comes along no matter what, you can choose to forgo some of the many tests medicine and technology offer along the path to bringing in a life. For both those reasons, with Little Man we chose this path, along with several other "alternative" ways (funny how natural is modern day alternative, but that's a whole separate discussion) culminating in his birth at home. It was our child. Our lives. Our choices and decisions. Our outcome. And ultimately, our happiness. And though we are able and in the midst of making this happiness possible for R & J, this time it isn't solely our choice to figure out the ways. That is a joint work in progress.
Back to the scare. As we all know, the human body is created on a very precise schedule. What we don't all know is every step along the way. We leave that to the textbooks and professionals. Often scans and other tests along the way, can help us pin point exactly every step of the way and how it relates to where things should be in the schedule. Which is all well and good, if everything is going by the book. The scares come in with the footnotes. The little deviances of human nature. At 8 weeks, the intestines, which are already developed pop out and protrude outside of the fetus to make room for the development of the rest of the organs that later intertwine beneath. By the 12th week, the intestines go back into place.  Or so say the books. The scan at 12 weeks showed something still outside. There is nothing that can be done about this abnormality at this point. If it were to remain this way, it would be handled after the birth. But, regardless it is an abnormality and therefore a source of concern. Another scan soon after can either confirm the problem or a correction back to schedule. Needless to say, the stress level going into the follow up was high. And though I personally could not be present due to work, I was on edge until I heard the results via text - all looks good! Relief. No protrusions other than possibly a little normal one. And though it's not 100%, it looks likely that there's a boy in that oven. We are yet again, where we want to be. And I feel comforted enough to write and share the news.
Posted by gal harpaz at 12:43 PM No comments: 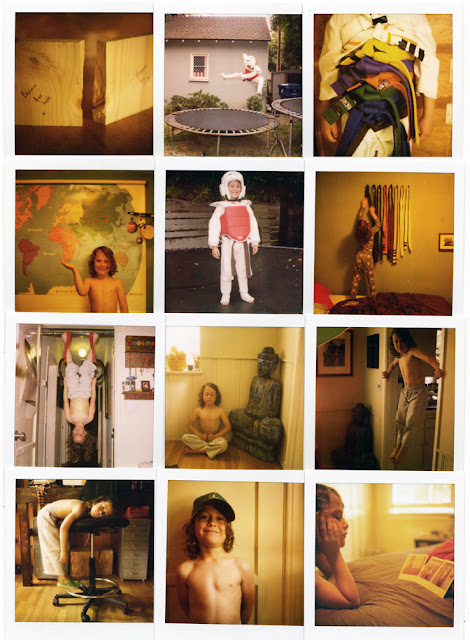