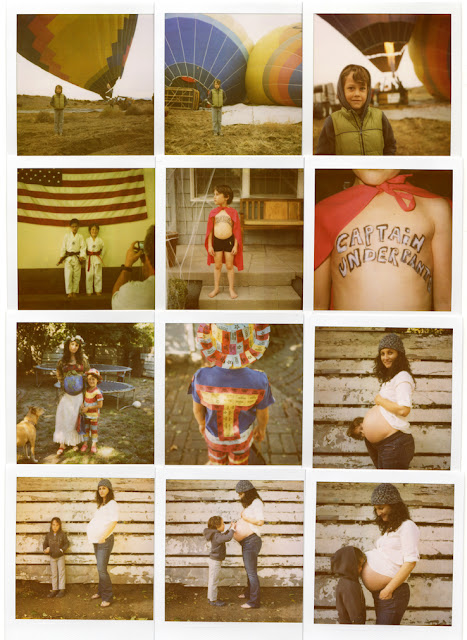 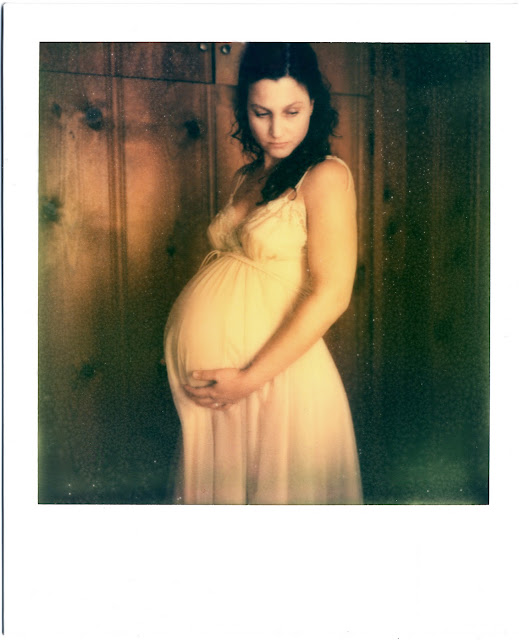 Posted by gal harpaz at 3:22 PM No comments:

Speaking of stretch, I have witnessed Orit's belly get to its current and probable peak size. Baby Aaron (and as you know from following along the journey - last name not Harpaz) is contemplating his readiness to come out and greet the world. At any given moment it can happen. The due date is two and half weeks away. So I suppose we can safely call this the home stretch. Naturally, the anticipation of it all coming to a climax is a source of high alert. But it's being done with calm energy and focused ideas of what's to come. Stay tuned for what's to be with an update...
As far as the quiet period of the pregnancy, I can bring you up to speed. The second stage. When it's absolutely obvious that a woman is pregnant. Not the awkward stage where it's not clear and no one is “gonna go there”. Some women flourish through this period. With others, it's the unfortunate downward spiral of letting herself go. My beautiful wife is definitely of the first variety. Flourishing indeed. Everything about the ideal within the idea of a beautiful pregnant woman is present in her. From beginning through to this pending end, she has carried herself and carried this baby with a giving heart and body. Nourished him from inception. And done so with grace and beauty. Now she is absolutely ready to give him the right of passage to life. Meaning, she’s ready to give birth to baby Aaron. And the most asked question is "isn't it gonna be difficult, emotionally to give up the baby?" The answer is quite frankly, no. A little shocking for the person asking, as they don't expect it that way. And the reasons are simple and many. We/she have been indirectly in this world of surrogacy for years prior to living it. This particular personal experience has been in the coming for 2 years. There is no genetic connection to us. We/she went into a pregnancy with the sole purpose of giving birth for someone else. Their child. Not ours. We’re the ride into the world, beyond that it out of our hands. The one sole purpose. Not be parents again. Becoming parents, is a lifetime of purpose. We already have that with Little Man. And the closer the birth gets and we see strollers, diaper bags, Baby Bjorn’s and lack of sleep, the more grateful we are that we don’t have to live that this time around. If anything, this process is one step closer to solidifying the conviction of not having another child of our own at this moment. Maybe never. Who knows what will actually happen in the future. The world is full of surprises. Just not in this particular case. None here. Everything was and is spelled out ahead of time. And therefore, the most natural thing for us to do is to be eager to do this last and final act of handing Aaron off into the arms of our ever more anticipating friends, J & R, his parents. And us, we’ll look back knowing we made a small mark and a strong bond and move on to the next stages of our life. So no, it's not gonna be hard emotionally. On the contrary. It would be difficult emotionally if we had to take care of a baby beyond the birth. I think the explanation educates the inquirers. And I think, in most cases they get it. And those that do are touched.
Which brings me to some of the looks, confusion and responses we encounter. People are vocal about the obvious visual picture of a belly. They’re quick to want to converse about the belly. Mix it with their natural assumption of happiness for our having another baby. Mazal Tov! And they are quicker to be taken aback by the unexpected response they get. Especially when Little Man is around. He tends to like to take the lead - "no, it's not my brother" pause. "He's my surrogate brother and his name is Aaron ***** **********." pause. The reactions and facial expressions we face in that moment - PRICELESS. Sometimes it's a slow coming to understanding. Other’s quick. Always with shock as the realization sets in. Always with interest and further questioning, regardless of their politics or beliefs. The mental picture of their miffed looks is always a source of laughter in recounting the stories and becomes a part of the story as a whole.
Joking aside, the pregnancy has progressed as it should and as expected. On-schedule. With healthy numbers. Monthly meetings with the midwives are now weekly. The care is thorough and professional. One or both, J & R are present and as much a part of these and everything else in an attentive, sensitive and generous way. A Doula has been found and those wheels are in motion. Little Man wants to be a part of it (obviously not the raw full experience at the end) and definitely meet Aaron. So we’ve enlisted a few hands and backup plans. As goes with my work, which has to be covered in case I must run. And I’ve been crazy busy for a long stretch now. Three more days and I’m done. Until the next time (and you never know when that will be so you take it all). Discussions on logistics have taken place. Decisions have been made. Lists are being made. Standby...
Posted by gal harpaz at 9:36 AM No comments: