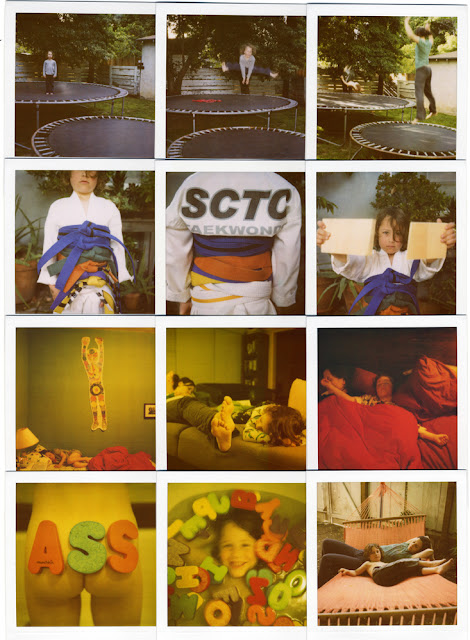 Moments That Stay In (And On) You

When Little Man was 3 and a half, he and I went to Israel on our yearly family visit. The first of it's particular kind as it was just the two of us, sans Orit. Sans Mommy. Two things came out of our little male bonding trip that will never leave me.

The first, started as an idea that culminated in a permanent imprint on my arm a few years later. The story of my tattoo started at the airport on this trip. Two bags in hands, a backpack and a 3 year old boy can make for a stressful airport and transcontinental voyage experience. One that we not only passed with flying colors, but actually managed to enjoy. I remember telling him on the way to checking in the bags that I cannot hold his hand. That I need him to stick by me in the crowd and hold me by the arm. The inside of my forearm at the time was a little higher than was comfortable for him to reach, but still doable and preferable to him pulling on my pants and pulling them down (I like to wear my pants low on the hip to begin with).  I can't say it was exactly at a certain moment right there and then that the idea materialized in full clarity. But it was this experience both there and back that planted the seed.

I started experimenting with the idea when we came back to mommy's waiting arms. Over several days, I had Little Man place his hand on a large ink pad we had bought for art projects and stamped my arm with his hand print. Each day, on a different spot and angle in attempts to figure out exactly where and if this was really something I wanted to live with for the rest of my life. Ultimately going back to the visual of his hand at the airport knowing that was it. We made several hand prints on paper until we got the right one. And then sat on the idea, letting it brew for what turned out to be a few years. Not on purpose. Just happened that way. Until the day I decided it was time. At 38 years old, I knew it was now or never. Out  of my own personal laziness and lack of knowledge on tattoo artists, I called my long time friend Keith and asked him who he thinks should do this tattoo. I've watched Keith transform his body over several years and knew he would take the task seriously and with a great sense of responsibility. He said he would make it his quest to walk me through the spiritual path of my first tattoo and I was certain that whoever it was he found, that would be my choice. A few days went by and the answer came in the form of a text. "Eddy Deutsch. That's our man." That was it. Eddy was my guy. The text continued to say Eddy won't know about me "until tomorrow but give him a call on Thursday or Friday." Not only did he find me the right artist, he made sure he'd know about me. Though Keith didn't know Eddy or have work done by him, he made sure to use a mutual contact to get my story to him. So, no more sitting on it. The time was now, the artist was decided. It was time to schedule and just do it. I did a little research online to see some samples of the work and his background. I was happy and not surprised to see he was more than well respected and a top leader in the field. Keith delivered on his promise and I made the call. We had a couple of exchanges and a date was set. I began to mentally prepare myself to overcome my fear of needles.

Like so much of what we do in our Unit, it became a family thing from idea to ultimately materializing. As the scheduled time neared, Little Man asked more and more questions about the impending tattoo. About how it will be done and who will do it. We watched videos on YouTube showing traditional Yakuza Japanese and other tribal tattoos. How they're done by hand. Why they're done. Modern techniques with tattoo guns, how they're made and what makes them work. How they leave an image. Basically, immersing ourselves in the subjects' world through the internet, like we did prior to Little Man's surgery (see first few written posts in August 2010, if interested). The internet is an amazing tool for immediate gratification of knowledge and we use it in it's full capacity in these instances. This was not only going to be a spiritual right of passage for myself, but The Unit was going to be a part of it. And so it was. The three of us spent a couple of hours at Eddy's private studio. Little man got the run down on Eddy's customized tattoo guns. The hand print I brought with me was xeroxed onto carbon paper and the outline was transferred onto my arm. The rest was free form artistry with the original at hand (no pun intended) for reference. Little Man, closely watching every pass and and every wipe. The final result, a constant reminder of my flesh and blood, devotion, love and experience. Permanent on the flesh. I look at it every day with pride and wonder what emotions will go through my mind as an old man looking at the hand of what was once my 3 year old baby boy. In the meantime, Little Man has a unique place for a high five.

The second, is a simple story. And though I have nothing on my body as a reminder of it, there's an imprint on my heart. It was a typical evening in the beginning of Little Man's night routine. I remember at the time, he was using "I love you" in an excessive way. I don't exactly remember the circumstance of how and why he was overusing it, just that he was. Now I'm not sure if there really is such a thing of overusing "I love you," but I made an attempt to explain to him the importance of words, their meaning and power. I wanted him to understand that love is the strongest of all emotions and by overusing it, you can diminish it's importance. That was it. The evening continued and the conversation was forgotten and maybe even not quite understood, or so I thought. Later on, while sitting in the kitchen eating a late evening jet-lag induced snack, where Little Man got what he asked for in spite of the hour and sugar content, I was reminded of the capacity of the 3 year old child. Or at least mine. He looked at me with the intention of saying something. He started with "Abadada," and then paused. Abadada is what he used to call me (Aba is dad in Hebrew,  the rest and the combo I'm sure you understand and appreciate). I miss those days. Back to the moment of pause. His eyes told my mind it would be followed by "I love you." But, in that moment and the mischievous pause, our earlier conversation clicked. And as I was expecting the three words to follow, he surprised me with "I want you to be safe." I stayed composed enough to laugh off the moment together and I hugged him. But as he was finishing his snack, I excused myself for a moment and walked to the bathroom, where the power of that moment and his chosen words involuntarily forced the tears to flow.

I'm reminded of these two events  because we're about to embark on yet another father son only trip to Israel in April. Three and a half years later, now he's 7. Truly a Little Man. I look forward to the new adventures and moments we'll have and I look forward to what will stay with me (or on me) as a result. 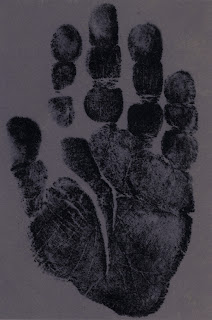 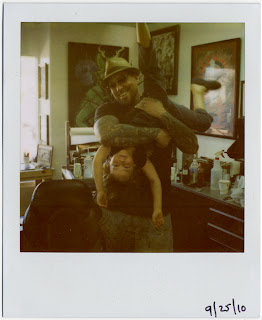 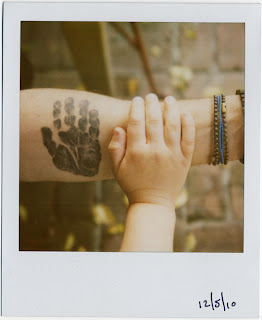 Posted by gal harpaz at 9:21 PM No comments: